In recognition of our club’s interest in promoting team tennis play, every Thursday House League teams compete against each other and by the end of the summer a winning team is crowned. In September we award one of Barrhaven’s most coveted team tennis trophy’s, the “Barrhaven House League Challenge Cup”. Presented to the winning team, after a summer long period of great outdoor fun, competitive play and always entertaining, house league tennis.

For the last 2 years, House League has been postponed, but we are looking forward to once again resuming it once permitted.  In the meantime, here is some general information on how it was played previously. 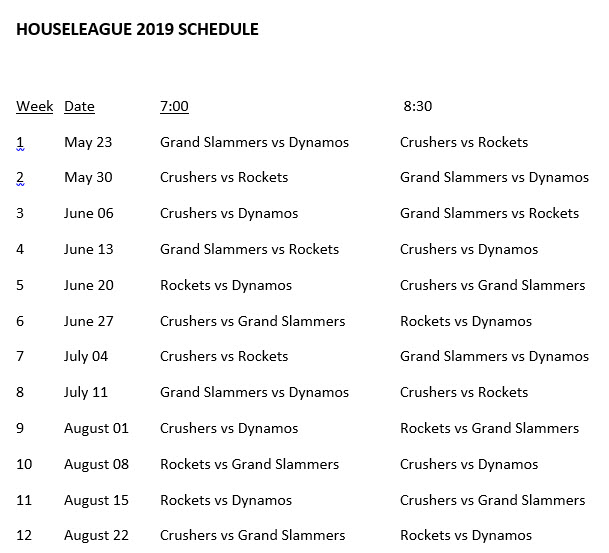 Team captains must collect $10 from each player. Rainouts will normally be played the following Monday.